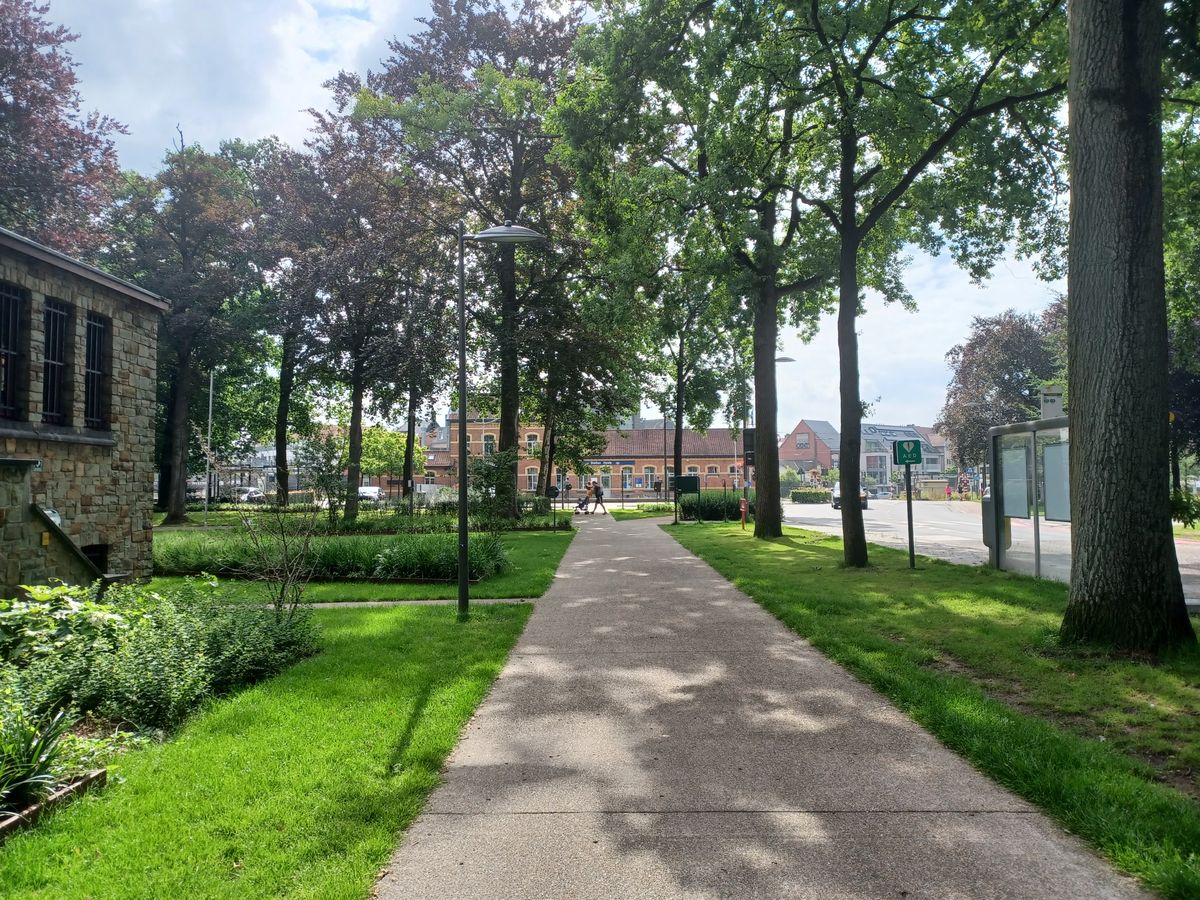 A summer family tour in Heide, Kalmthout with "Brij, pap and banquet". Travel along in time!

Summer vacation? That's ice cream time! Does this sound familiar to you: a family outing on a sunny summer day and ending with two scoops on a cone? Or would you rather have it in a jar?

We can enjoy it, but of course they didn't know this culinary topper in the old days. And licking and smacking would certainly not have been allowed according to proper etiquette! Discover during the tour "Brij, pap en banet", developed by Tourism Kalmthout, all kinds of culinary facts on the basis of the historical sights in Heide (Kalmthout). The walk is easy to follow along the walking junctions, which are mentioned in the app. Of course you can also easily read the map in the ErfgoedApp .

We start at the station of Heide and walk to the nearby statue of Mother Kee. More statues of women in public spaces is a current theme in many cities and towns, but here in Heide you cannot ignore the reputation of Mother Kee. Who was this tough madam? Well, she founded De Cambuus in the Kalmthoutse Heide and cooked for the many men, the sand diggers, who worked there. What did they eat? You can hear during the walk via the audio clip.

From the beginning of the 20th century, tourism took off. People from the city came by train to the Kalmthoutse Heide to enjoy the healthy air. After the Second World War, a bus trip to the Kalmthoutse Heide even became the classic school trip for little schools from near and far. Hundreds of these children passed by Monida, the oldest cremerie in Heide. Maybe you too? Do you have a wonderful childhood memory of a school trip?

You can choose to walk or pick up a scooter at Monida. I prefer to walk and leave that stepping to the adventurous types ;-).

On Leopold Street is the former Synagogue, here you will learn more about the Jewish food laws and how to prepare food kosher. A bit further on we hear: "We are here at the entrance to the Withoefse heath, also called the play forest. Yes, a little game in between walking is also possible! Then we dive into the Middle Ages: "French fries we didn't know yet. Boiled porridge or gruel made of semolina or buckwheat was the daily monotonous meal...".Mash! Can you imagine that? That's quite different from those colorfully filled store shelves we know in the supermarket today. Even the word doesn't sound appetizing....

At the aristocratic lady at the Keienhof, one probably got something more delicious on the table. Here one could enjoy an abundance of meat, poultry and game. Yes, here hear what was served at a real banquet. Would you actually like to taste swan or peacock? To each his taste and inclination of course.

"The medical world was of the opinion that a stay in the hills of Kalmthout was curative. You didn't have to travel to Switzerland you could also visit "Little Switzerland" here in the Heath."

Are you getting hungry from all those stories about food? Along the way you'll come across several places for a bite to eat and a drink. As told, Heide is traditionally a district rich in hotels and restaurants because of the tourists from the city who came to visit the Kalmthoutse Heide. That's why you'll also encounter some catering establishments during the looped hike.

Those who are not tired after 6 kilometers can always walk into that famous Kalmthoutse Heide at De Vroente. Otherwise you can walk - after an ice cream :) - Walk back to the station of Heide. Bon appetit! Enjoy it!

Practical:
Choose how long you want to dwell on the stories and texts, allow about 2 to 3 hours to listen and read everything.
Distance: 6 km
Starting point: Station Heide (Kalmthout)

Credits
A route by Tourism Kalmthout.