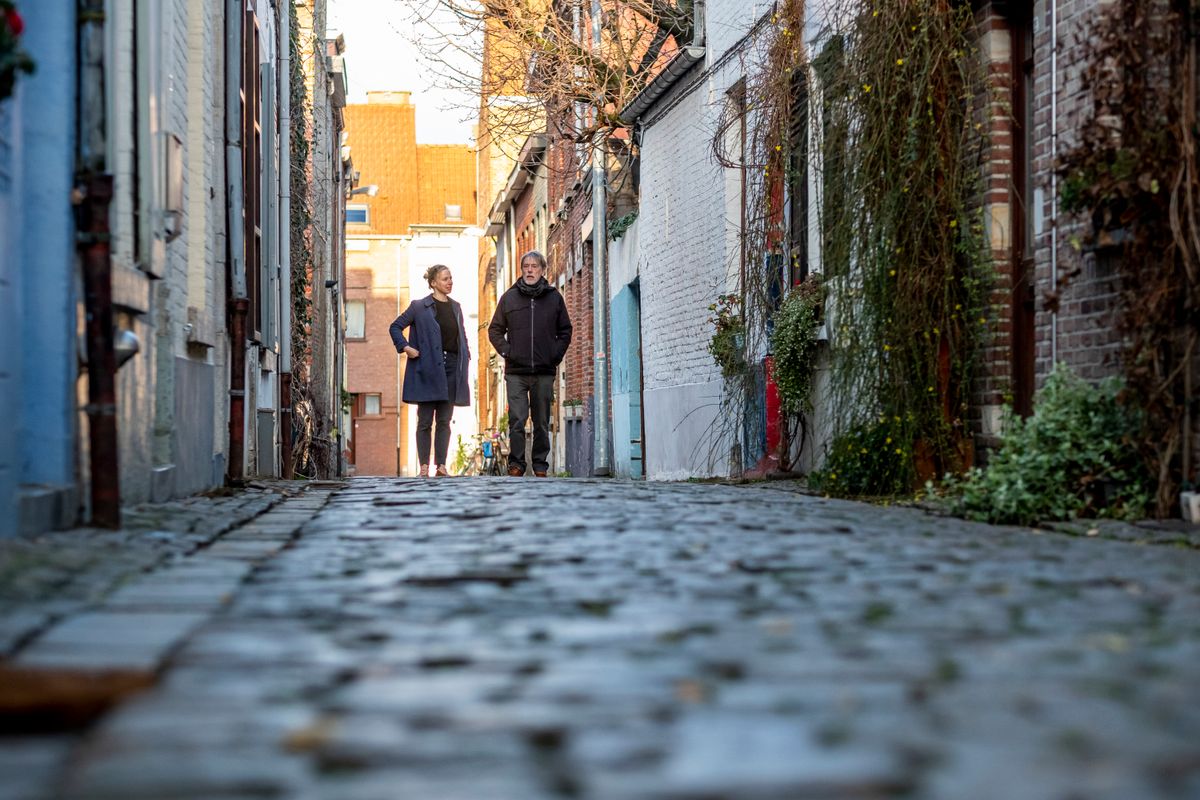 Walk through three Leuven neighbourhoods and go in search of their roots with the ErfgoedApp . Local residents guide you along a series of striking places and tell stories of the past that coloured the neighbourhood.

The three Leuven tours are part of Straathistories, a series of neighbourhood publications made for and by the people of Leuven. With the help of the Erfgoedcel Leuven (heritage unit), local residents collect information about the past of their neighbourhood. They search through archives, collect old photos and conduct interviews with older local residents. The result is a publication on the history of the neighbourhood. Three of these street histories can now be discovered at ErfgoedApp : De Mussenbuurt, Vlierbeek and De Ziekelingenstraat.

Neighbours have their say

"Hello, my name is Hugo. I haven't lived here for more than 40 years, but my heart still beats for this neighbourhood. Because in the 1960s and 1970s I had a fantastic childhood here. I would like to show you some of the beautiful things from the past and present." - Hugo from the Ziekelingenstraat

The three tours in the ErfgoedApp take you past old and striking Leuven buildings, guide you through unsuspected pieces of nature and introduce you to the stories that colour the neighbourhood. Along the way, you discover forgotten histories that took place behind the façades. In the Mussenbuurt neighbourhood, for example, you will learn more about Jozef II Street:

"In the middle of the street, at number 26, was the community centre of De Straatmus. The house belonged to Baroness De Walque, but it was completely dilapidated. In 1980, the community work decided to squat and renovate the house. A children's work group and a neighbourhood meal service were set up there and everyone was welcome for a chat. - Kris from the Sparrowhawk

Finally, in Vlierbeek, the ErfgoedApp presents you with several quiz questions. You can solve them using the clues on your route. Along the way, guide Maria tells you more about the people who may have been forgotten today, but who once played a very important role in this neighbourhood:

"Elisabeth Alberdingk Thym was an important figure for the neighbourhood. During the war years, she hospitably welcomed Vlierbeek refugees in the cellars of the abbey and mediated with the German army. Undaunted and with a white flag in her hand, she went up to the occupiers. She emphasised that she only wanted to offer innocent citizens a place to hide within the abbey walls. And she convinced the Germans to spare the refugees. - Mary from Vlierbeek

Would you like to discover the Leuven neighbourhoods? Download ErfgoedApp in the App Store or via Google Play and choose one of these three tours!