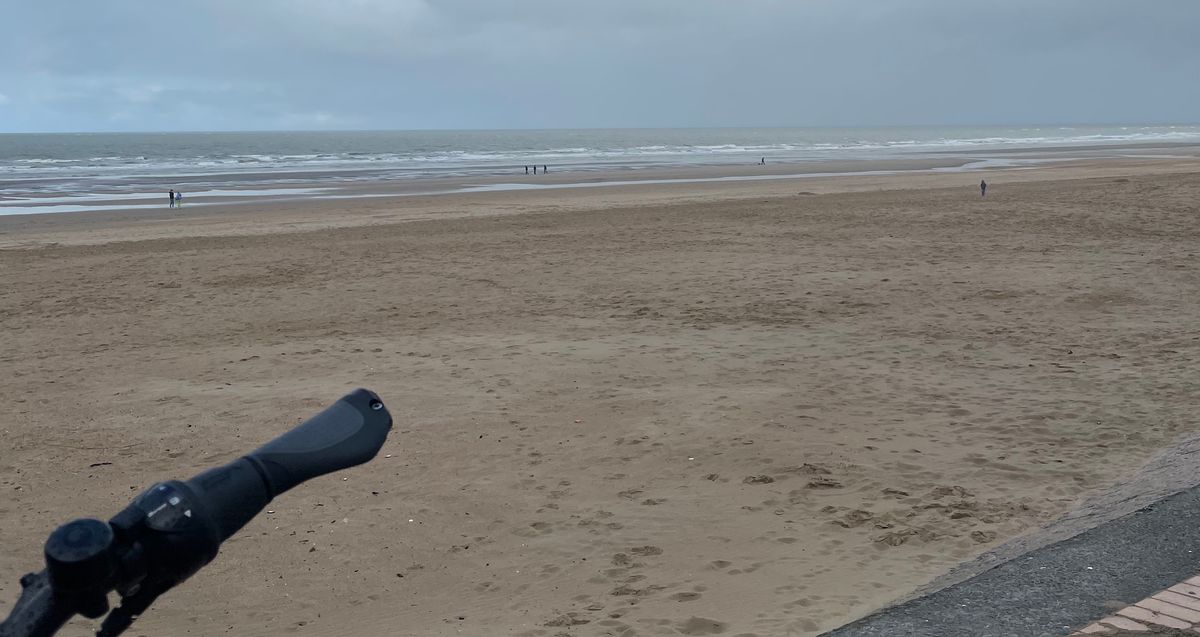 Everyone to the sea! Cycling along the holiday colonies on the West Coast

Getting a breath of fresh air by the sea', who doesn't like that? For us, 21st century people, the coast is an almost natural holiday destination, within easy reach for just about everyone. For many of our ancestors from the 19th and early 20th centuries, the sea was much further away: they simply could not afford to stay at the seaside. The holiday colonies changed all this, and over the course of the last century, they introduced thousands of children to the healthy sea air.

But what were these colonies about? Who organised them? And what memories did the children have of them? The tour Everyone to the sea! Vakantiekolonies in Koksijde en Nieuwpoort takes you along on a discovery of the holiday colonies of yesteryear. The tour offers an intense historical reconstruction based on site visits and background information, combined with personal testimonies of both monitors and children.

The tour starts at the chapel 'Ster der Zee', the home itself was demolished. To my surprise, the name of the neighbouring tram stop 'Koksijde Ster der Zee', which I passed so often during my holidays, is derived from this place! The introduction in the form of an audio clip starts here and tells us that countless socially disadvantaged, sick and tuberculosis weakened children were able to spend the summer months in the healthy sea air thanks to the support of charitable institutions and, later, the Mutual Health Insurance Fund.

"Health, nutrition and hygiene were central," it continues. How these three basic needs were met varied widely, depending on the spirit of the times and the views of the pillarised charities. This is also apparent from the - sometimes harrowing - testimonies of the 'colony children' that the tour offers. These testimonies are linked to the colonies where you stop and this enhances the visitor's experience: you are literally standing next to the specific place that is so vividly told about.

A stop at the 'Home Edouard Pecher' tells me that the building is now used as an art academy. The windows are richly decorated with paintings and sculptures. Although the building was given a different name and function, the architecture and photographic reconstruction of the tour take you back 60 years. The traces of the colony are also still visibly present here: the imprint of the letters 'Home Edouard Pecher' can still be seen on the building's façade.

To get a complete picture of the holiday colonies, the tour covers 26 kilometres and passes no less than fourteen sites. Each colony looks different and has its own history, which is aptly reconstructed by photo material, a sketch of the historical context and the aforementioned testimonies. If you only want to (re)discover one of these colonies, there is of course the possibility to visit only that point with the app.

At the end of the tour, you hear a testimony from a local resident who describes the children of the colonies as "neat and trim". When I ask my uncle, a Pannenaar man, how he experienced the colonies in his neighbourhood, he tells me that as a child, he could not comprehend that many of the holiday guests there saw the sea for the first time. When he asked a colony child about this, he would reply: "And you? Have you actually seen the Kempen?" Next stop ErfgoedApp: the Kempen perhaps.

Would you like to go exploring with Everyone to the Sea! Holiday Colonies in Koksijde and Nieuwpoort? Then download the ErfgoedApp in the App Store or via Google Play and download the tour.

This tour is a collaboration of Master students History of UGent Elise Huughe and Manon Mortier and the municipality of Koksijde (Culture & Heritage department & municipal archive Koksijde). Thanks to Martine Vermandere and Amsab-ISG.

Last year, we all did a lot of walking and cycling. cycled. "Nothing new under the sun," we hear you think. After all, newspapers and Newspapers and magazines large and small have been full of walking and cycling tips for nothing. The past weeks and months have been full of walking and cycling tips for a reason. But can it sometimes be
June is the flowering month of the flax flower. For a number of years, this burgeoning blue flower Museum Texture has been planning a series of cycle tours for several years now. for a series of cycling tours. So grease up your calves and jump on your bike with your smartphone in hand. on your bicycle for a 38-kilometre ride.